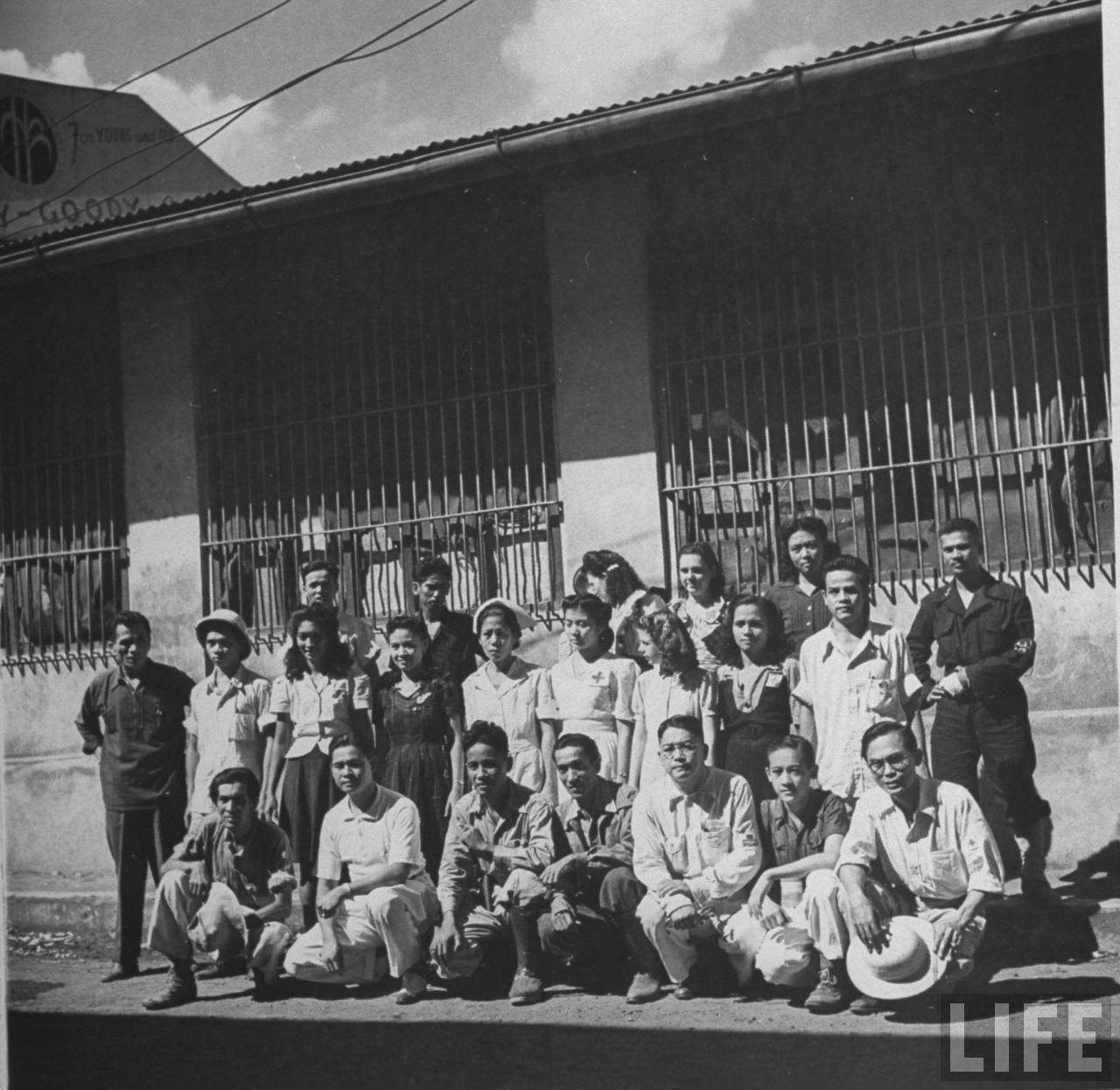 It is an enduring friendship that even a world war could not tear this bond asunder.

Anecdotes abound how Filipinos and Americans helped each other out most especially during the war.

Long before war reached the Philippines, President Manuel Quezon had banked on this friendship with the Americans as the islands had begun fortifying their defenses with General Douglas MacArthur at the helm.

“The stand of the Filipino people is clear and unmistakable. We owe loyalty to America and we are bound to her by bonds of everlasting gratitude. Should the United States enter the war, the Philippines would follow her and fight side by side,” said President Quezon in a radio broadcast.

There had been efforts at warding off the potential attack by Japan but neither of the bases was ready for the surprise bombings hours after Pearl Harbor’s attack. Japanese planes bombed and strafed Baguio, Clark Air Base, Fort Stotsenburg, Cavite Navy Yard/Sangley Point, and Nichols Field. To spare Manila from further destruction, it was declared an open city.

Meanwhile, American civilians stranded in the Philippines were hauled onto trucks and taken to Santo Tomas internment camp in Manila, while those in Baguio were taken initially to Camp John Hay.

When the American expatriates became prisoners of war, they left their businesses and their properties in the care of their Filipino employees and friends. Even as Americans lived in internment camps, Filipinos never abandoned them and provided for them by any means they could.

Several diaries of and interviews with internees at Santo Tomas internment camp talked about how Filipinos would cook for their employers every day and bring meals to the camp so their employers could stave off hunger.

In Baguio, former Singer Sewing Company executive James Tyson acknowledged this loyalty of the Filipinos in his 1970 interview with the University of North Texas.

But the five-mile walk meant to humiliate them backfired, recalled Tyson, as Filipinos came out to the sidewalks, some in tears.

“I never saw as many Filipinos in the city of Baguio as I saw lining the route of march for the Americans,” said Tyson.

Rather than watch the weary Americans, the Filipinos jumped right in and assisted them with their belongings and carried their children for them.

“… as we walked along — lots of people were carrying babies — the Filipinos jumped right out from the sidewalks to come and walk with us, to take our burdens from us, to carry our babies for us, put their arms around our shoulders, and there was lots of this. And our Jim Bill was carried, I should imagine, more than half way by Filipino friends whom we had known pre-war.”

Tyson said the Japanese were livid and tried their best to ward off the Filipinos but the latter persisted.

“They had a hard time keeping the Filipinos back from us, but they tried to prevent it,” he said.

Meanwhile, the former Indiana Governor Ed Whitcomb, who had managed to escape Bataan and Corregidor, was aided by Filipinos in the barrios.

Eugene Kneebone, along with Bill Moule and Filipino-American Jim Halsema — son of former Baguio City Mayor Eusebius Julius Halsema — were tortured by the Kempeitai in downtown Baguio during WWII. Before camp commandant Rokuro Tomibe intervened, Gene had been writhing in pain from the beating inside a jail cell. There Filipinos tried to alleviate his pain.

In her diary, fellow internee Natalie Crouter wrote about Gene’s experience: “Gene is bruised and took a tough beating because he really did not know a lot of the answers, but he passed out into unconsciousness and they had to cut him down and take him to the military hospital. Before he left jail, he says, the Filipinos rubbed his thumbs and hands and arms back to life, or he feels he might have been worse off. All their thumbs were badly cut.”

Moreover, she said, Halsema who suffered the same fate was also incarcerated with Filipinos. “Jim was put in with a bunch of Filipinos and not touched the first night. They advised him to tell anything he knew. Next morning they strung him up at once, before asking any questions. His thumb became infected. He speaks of how wonderful the Filipinos are…”

Back in Baguio, at the time when the internees at Camp Holmes were critically low on provisions, Filipinos tried to bring in cartload of camote carried by a water buffalo; however, it was refused by the Japanese in command.

For three long years, expatriates and Filipinos had clung to their common hope that General Douglas MacArthur would come back.

When he kept his word, he was rewarded by the Filipinos with profuse gratefulness and cemented a bond that would last for ages.

Filipinos used to celebrate the Fourth of July as their Independence Day. It has evolved into a celebration of their enduring friendship called Filipino-American Friendship Day.