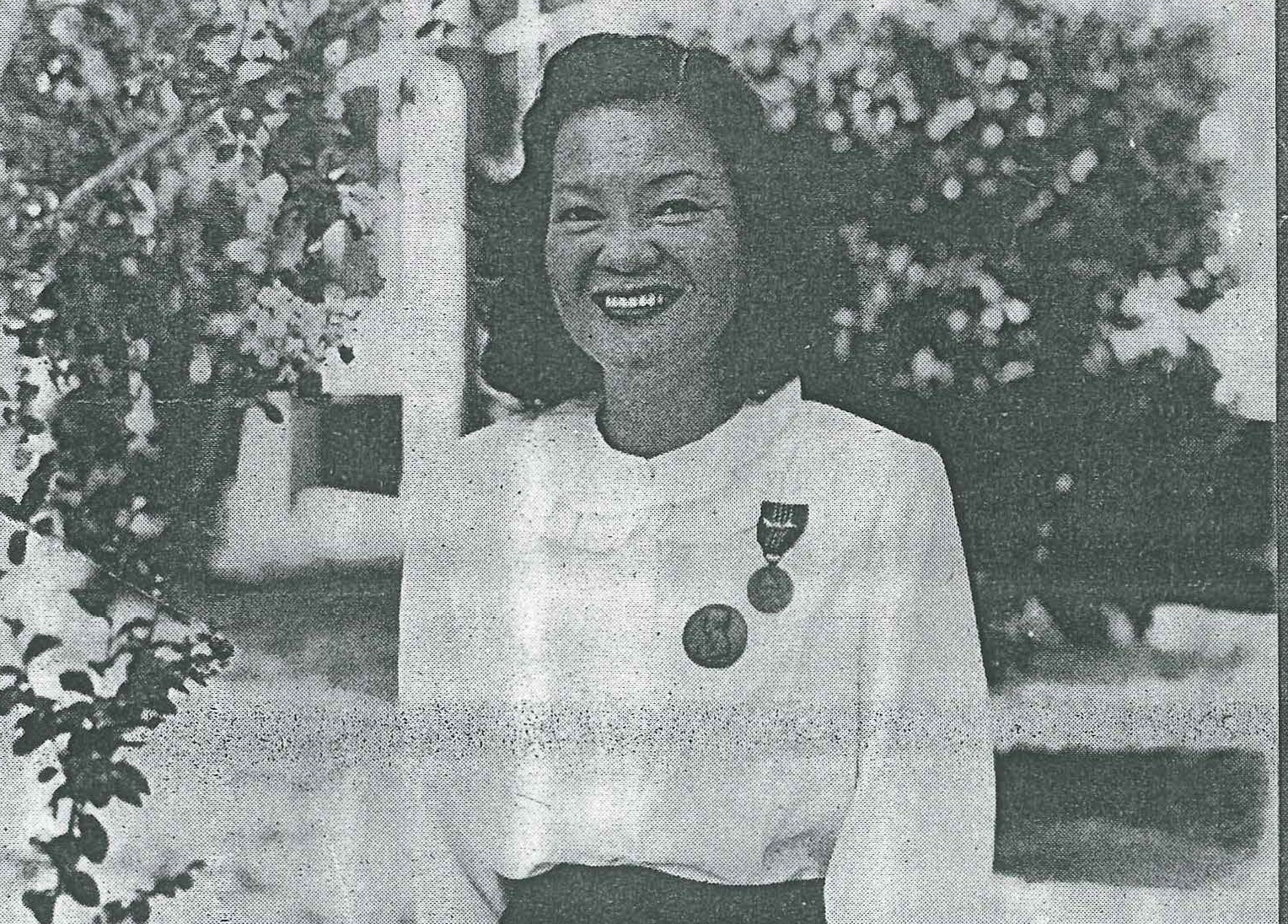 Josefina Guerrero played a crucial role in the rescue of thousands of Americans and other expatriates in Santo Tomas internment camp. Afflicted with leprosy, she penetrated enemy lines unscathed and smuggled a map that would help American troops navigate the mine-riddled Calumpit en route to Manila. Had Joey failed in her mission, American troops would have been decimated, and the civilians in Santo Tomas would have been put to death by firing squad.

But on that same day, word was passed around that when our forces would close in on Manila, we were all to be lined up and mowed down by machinegun fire. It was the first time we heard that among the Japanese soldiers in our camp there was a Nisei who had found these orders on the desk of the Japanese Commandant. We also heard that this Nisei had immediately notified our Internee Committee and then left the camp to get in touch with the Underground who in turn would immediately notify our forces in the North and ask them to rush to save our lives.

When she was first diagnosed with leprosy, it turned her world upside-down. Her husband left her and took their daughter with him. Then war cut her access to treatment. Dejected, and as the disease slowly consumed her, she volunteered in the guerrilla movement to spend the few years she she thought had left. As the Japanese soldiers were mostly averse to her condition, she could easily penetrate enemy lines and checkpoints with nary a problem. So, she became an effective courier and spy.

Her missions had all been perilous; however, the last one takes the cake for extreme jeopardy.

American forces had been pushing in blitzkrieg fashion to get to Manila in order to avert the massacre of the internees in camps. The path to Manila was riddled with mines. So, Joey was sent on a crucial mission to deliver a map to the American forces so they could navigate the minefields en route to Manila.

On her way to rendezvous with the rescuers, she walked to Malolos and adeptly evaded suspicion of the Japanese forces that had heavily guarded the area. When she reached Calumpit, she found out the men had already gone to Malolos. So she walked back to Malolos where she finally handed over the map to Captain Blair of the 37th Infantry Division.

With persistent terrible headaches, fatigue, Joey went with the rescue mission down to Manila where the American soldiers barged into the gates of Santo Tomas on Feb. 3, 1945.

After the war, Joey found herself at Tala leprosarium whose deplorable state had reached notoriety when Manila Times published its exposé and in their wake, other news agencies followed suit. Meanwhile, Joey’s case had reached the higher-ups at Carville which eventually led to her admittance for further treatment.

Clad in her native Filipiniana dress, Joey sailed to San Francisco aboard the USAT General John Pope with her passage taken care of by Fr. Clement Berberich, Commissary Provincial in Charge of the Third Order of St. Francis on the west coast. She was a celebrity on the boat with passengers wanting to have their photos taken with a hero.

I had a lovely sea voyage from Manila to San Francisco, but I found out later on I was a better sailor than a flyer. I was miserably sick all through the flight from Hamilton Field to Moisant Airport at New Orleans, so that when we finally landed, I viewed our arrival with an attitude of sick-in-the-stomach-indifference. The Press was there and, of course, the photographers. (You should try to smile for a picture when you are sick in the stomach I assure you it is quite a feat!) I answered all questions and inquiries with docile submissiveness, while I held on to my paper bag.

This was America! I was in America at last! On my way to Carville! It was like standing on the threshold of a new life, and the promise of dreams fulfilled! I looked at the vast expanse of the Mississippi as we drove by. Wistfully I felt the sense of infinity which is present as one looks at a vast expanse of water. The infinity of God’s generosity! I sat in that ambulance in quiet happiness. There was no time nor space in my mind to think back of the many trials and difficulties I went through with red tape. All I knew was that I was here, and was content to think no farther. Drowsiness overcame me like the slow infusion of ether. I drowsed from sheer exhaustion.

At Carville, as she went through the treatment, she started to reclaim her life back, piece by piece. At Carville, she became fully engaged in a lot of activities. She resumed her studies and she became involved in the publication of The Star, Carville’s official newsletter.

Years later, she met and fell in love with Alex Lau, also a patient at Carville. Subsequently, they married and moved to San Francisco. But for Alec, the disease wasn’t done with him. He had to relocate back to Carville leaving behind Joey. In the intervening years, she went to college, earned her bachelor’s degree in San Francisco, her master’s degree in Spanish literature earned in Vermont. She became a Peace Corps volunteer. In all those years, she tried to bury the pains she had had and consciously made the effort to erase her identity.

She relocated to Washington, D.C. where she worked as a clerk and volunteered at the Kennedy Center. Having suffered from the stigma, she tried to live in anonymity, to escape the pernicious association with leprosy. She became Joey Leaumax, leaving behind her former tragedy-ridden identity.

Upon her death, nobody knew who she was before 1970. She had consciously buried it all, both happy and painful memories that came with being Joey Guerrero. But before she died, she had the chance to reunite with her daughter Cynthia.

It was not until veteran journalist Ben Montgomery published “The Leper Spy” that Joey’s previous identity was finally resurrected: a war hero.

Note: The main photograph of this article graced the cover of The Star in 1948. Joey was a recipient of a Medal of Freedom from the United States.