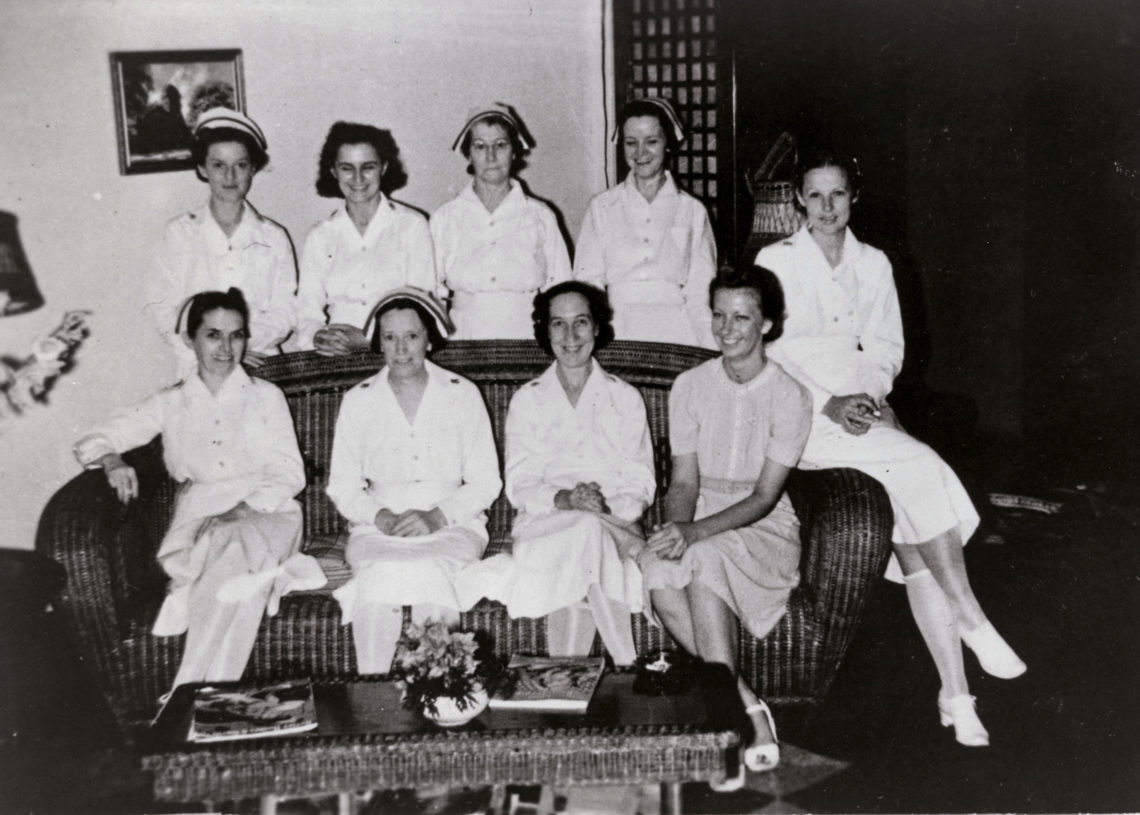 She was the bond that held together her team of Navy nurses as they endured three years of internment in Santo Tomas and Los Baños camps in the Philippines during the war.

Hazel-eyed, well-mannered U.S. Navy nurse Laura Cobb had had put in 20 years of service when war broke out in the Philippines where she was stationed at Cañacao Naval Hospital. Her efforts on Guam during the onslaught of a typhoon in 1940 unbeknownst to her would somehow prepare her for a much bigger storm: World War II.

Following the destruction of the naval facilities in Cavite, Cobb and the 10 nurses moved the wounded to Sternberg Medical Center in Manila. Subsequently, they set up a hospital at St. Scholastica’s School in Malate.

On New Year’s Day of 1942, 87 Army nurses had evacuated to Corregidor and Bataan. The team of 11 U.S. Navy nurses were somehow left behind in Manila.

In the book, “We Band of Angels,” Elizabeth Norman stated, “No one can say for sure why the navy nurses were left behind. Perhaps in the haste and jumble of the evacuation they were an oversight, simply forgotten. Or maybe some myopic commander failed to calculate their value in the battle that was to come.”

Even then acting chief Josie Nesbit, Norman wrote, had later opened up about knowing the Navy nurses had been left behind “holding the bag.”

The Navy nurses under Cobb’s supervision had not received any order to evacuate from the higher-ups. With the Army nurses gone and the Navy nurses left manning the fort in Manila, the Army had been sending Cobb’s team “the most critically ill and injured patients,” narrated Norman in the “We Band of Angels.”

She wrote that the wards at the formerly German-nun-run St. Scholastica had been filling with hopeless cases.

In the face of the looting, harassment, and threats by the Japanese soldiers, Cobb maintained her calm disposition and instructed the nurses to “maintain good order and military discipline,” according to Norman’s book.

Cobb made sure that every ward was covered and that neither one of her nurses would be on night duty.

By March 1942, the navy nurses were taken to the University of Santo Tomas where they teamed up with Dr. Charles Leach of the Rockefeller Foundation to set up the hospital at the internment camp. They had been dealing with the sick and the wounded at Santo Tomas from March 8, 1942 until August 25, 1942 when 56 Army nurses from Corregidor were brought in. When Corregidor fell, these Army nurses were told that they were going to be taken to a hospital to tend to casualties in Manila. They were brought initially to Santa Catalina Girls Dormitory for six weeks until the Japanese decided to convert Santa Catalina into a hospital and they moved the Army nurses to Santo Tomas camp.

Norman noted in her book that the navy nurses were not happy with this. But they found a way to coexist and focused on providing care to the camp internees.

As the camp swelled in population, with food supply dwindling and sickness plaguing more internees, the Japanese administrators decided to move 800 able-bodied men to a new camp in Los Baños, Laguna. The Navy nurses had volunteered to join the Los Baños camp having discovered that Dr. Leach had been put on the list of transferees.

In Los Baños, the Navy nurses set up a 25-bed facility at the camp located within the University of the Philippines. There the nurses stayed until the camp’s rescue by the joint forces of American paratroopers and guerrillas on Feb. 23, 1945, 20 days after the liberation of Santo Tomas.

The war had taken a toll on Cobb and in 1947 she decided to retire from the Nurse Corps.

For her service during the war, she received, among several decorations, a Bronze Star. There were efforts as well for her to receive a Legion of Merit but it did not gather enough support from the higher-up.

The Kansas-born Cobb would later spend her remaining years in Wichita where she died in 1982. She was 86.

The Navy Medicine publication, in its 2003 issue, carried an article that paid tribute to Cobb. Titled “Laura Cobb: A Kansas Nurse in a Japanese Prisoner of War Camp,” it recognized her courage and leadership “in the face of unbelievably harsh conditions point to a woman of personal strength and fortitude who accepted her responsibilities and duties as a nurse and as an officer in the United States Navy.”

Her story illustrates the manifold contributions of the nurses and the significant roles that women played during the war.